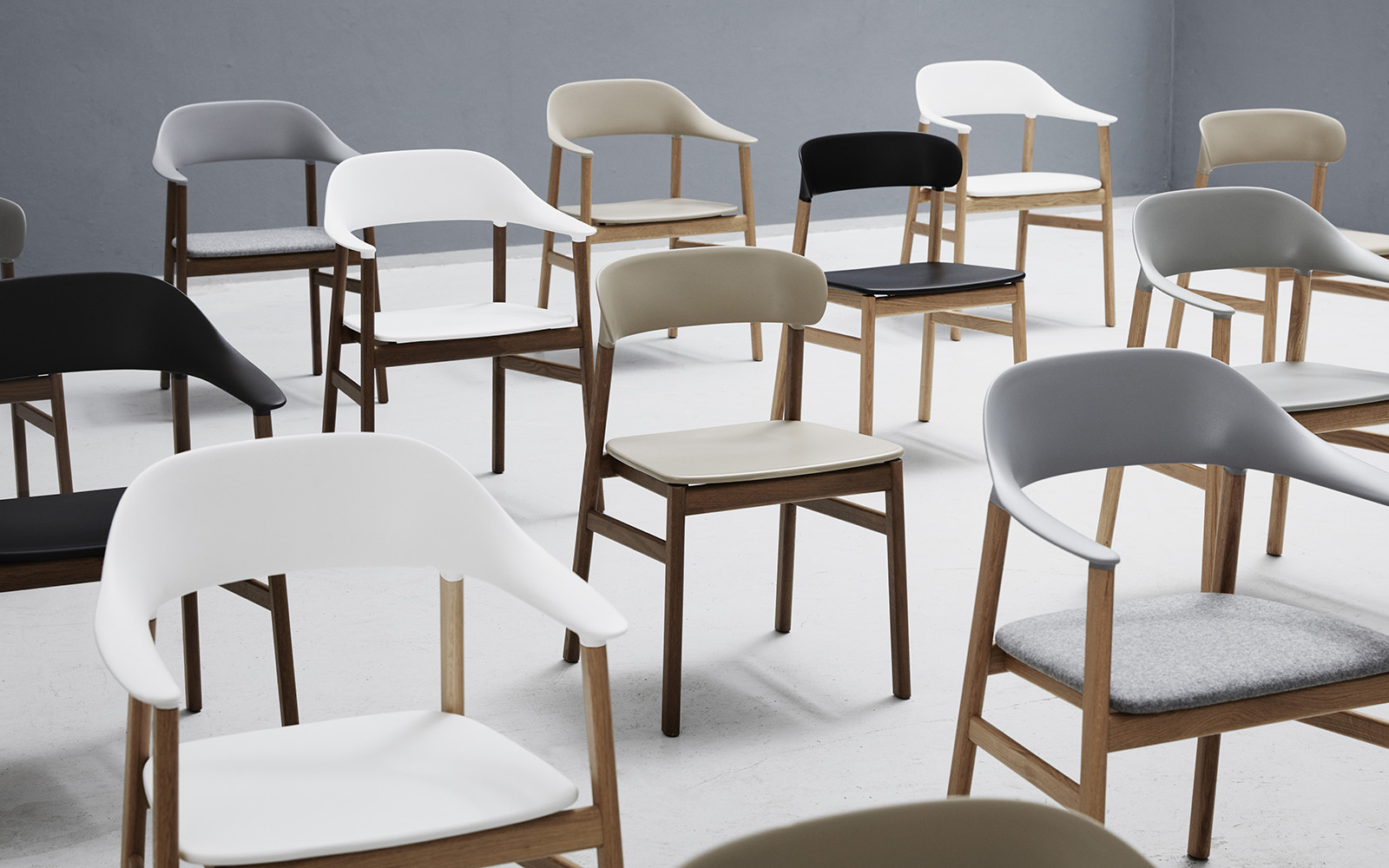 How Does A Chair Come To Life?

Follow designer Simon Legald's visit to a small factory in the Italian countryside, where a chair that seemed impossible to produce at first, comes to life through modern production methods.

It was early summer when Simon Legald stood in front of the small factory in Northern Italy that today manufactures the Herit chair. Standing in the hot sun, Simon thought back to how it all started. How difficult it was at first, to find a way to produce what he had envisioned...

The designer had sketched many chairs before. Yet this one was unlike anything else he had designed. It was a chair grown out of his deep-rooted admiration for Danish craftsmanship and design traditions. 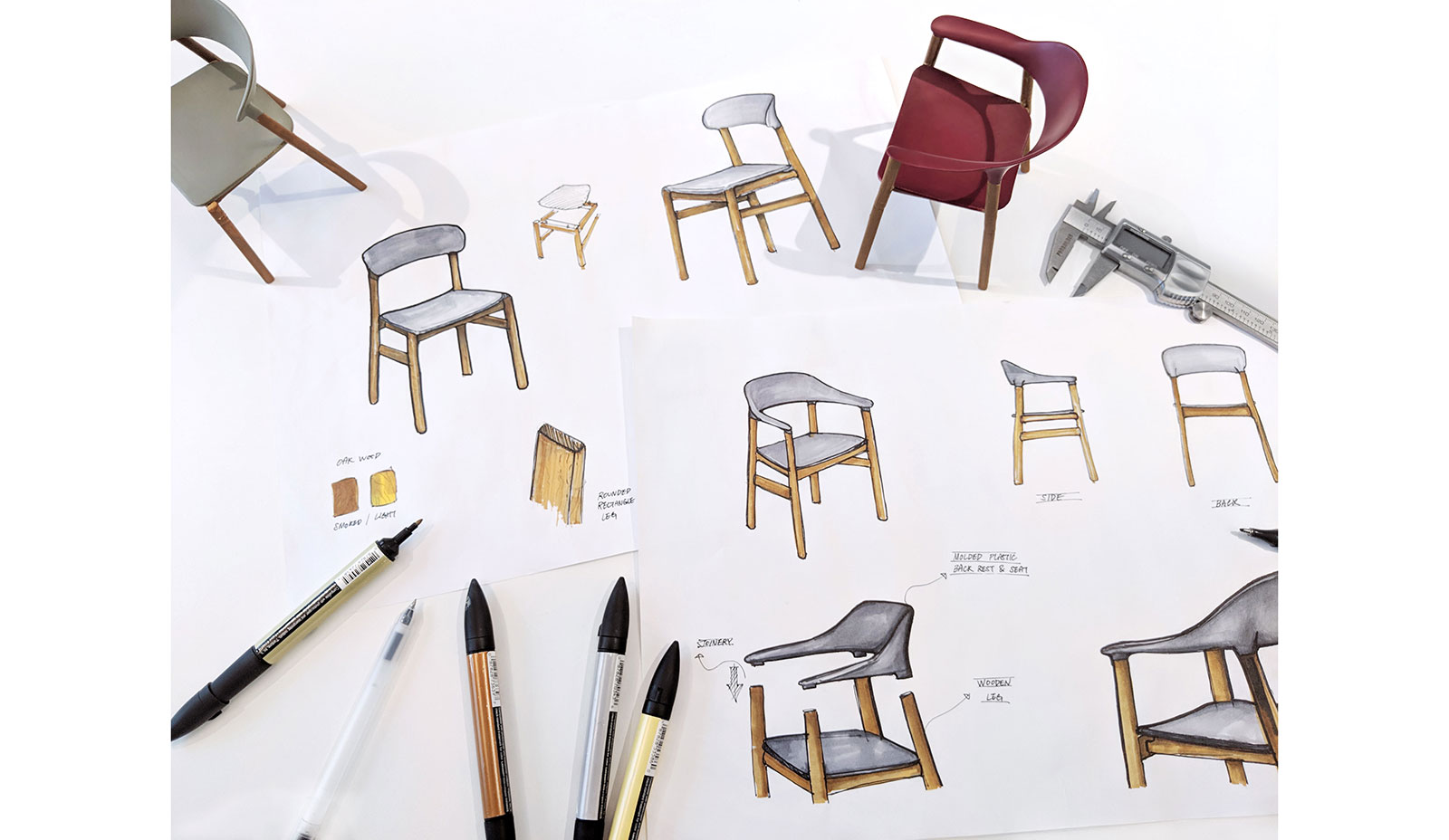 However, finding a way to produce the smooth curves of the backrest was more challenging than the designer initially thought. The varying thickness turned out to be impossible to manufacture with standard molding techniques, as the plastic would inevitably subside at the thickest point. 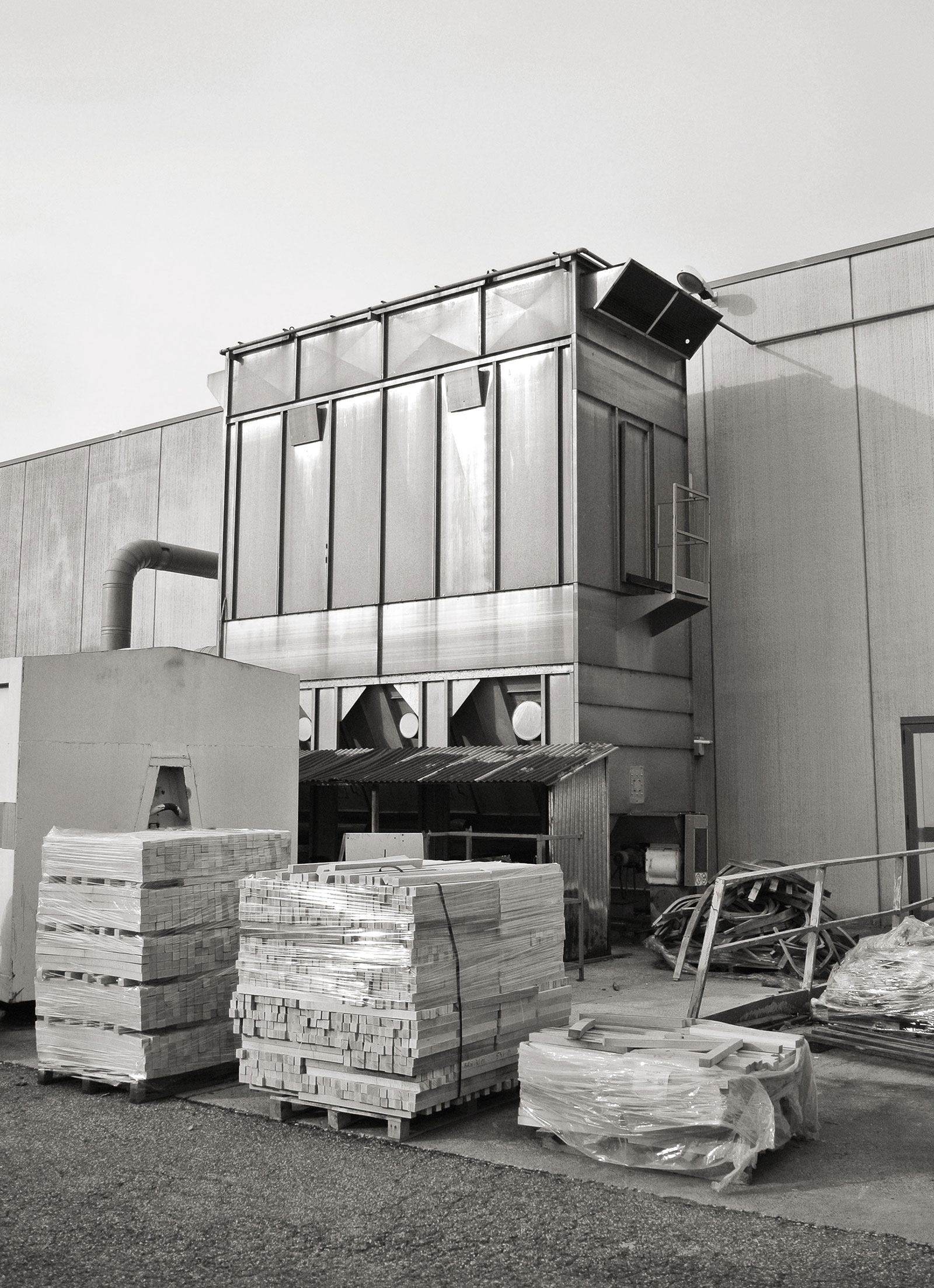 It was not until a year after, that Simon had come across this small factory in Northern Italy. The manufacturers had developed their own, patented plastic that seemed to offer what Simon was looking for.

Here, they were able to produce plastic shells that can expand to width of 4 centimeters, by simultaneously injecting a special foam into the plastic molding. 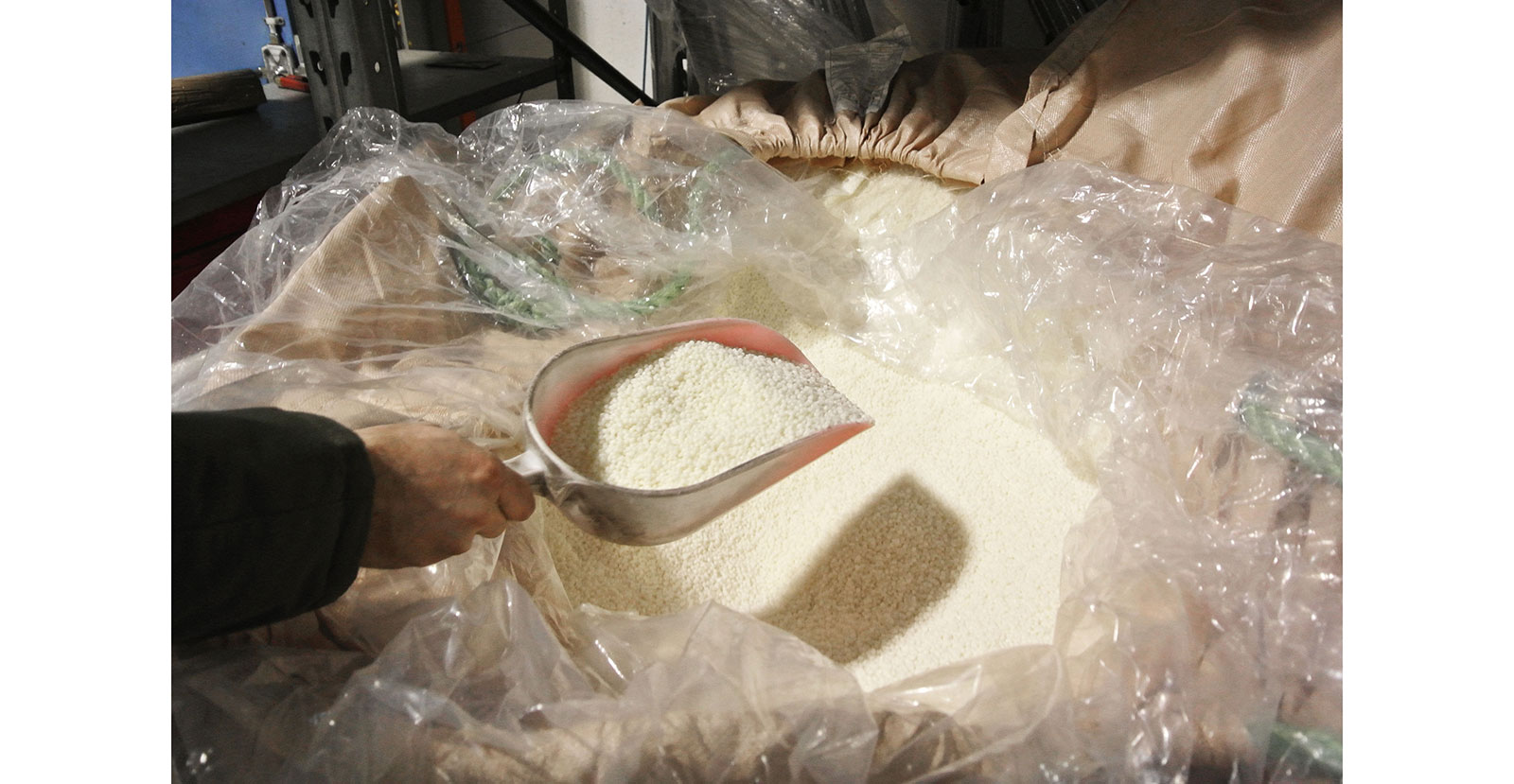 Compared to standard techniques—which allow only a width change of 10 millimeters—this was revolutionary, and a huge leap forward in Simon’s quest to design a new kind of chair. It suddenly was possible to recreate the characteristic curves Simon had imagined for his chair. 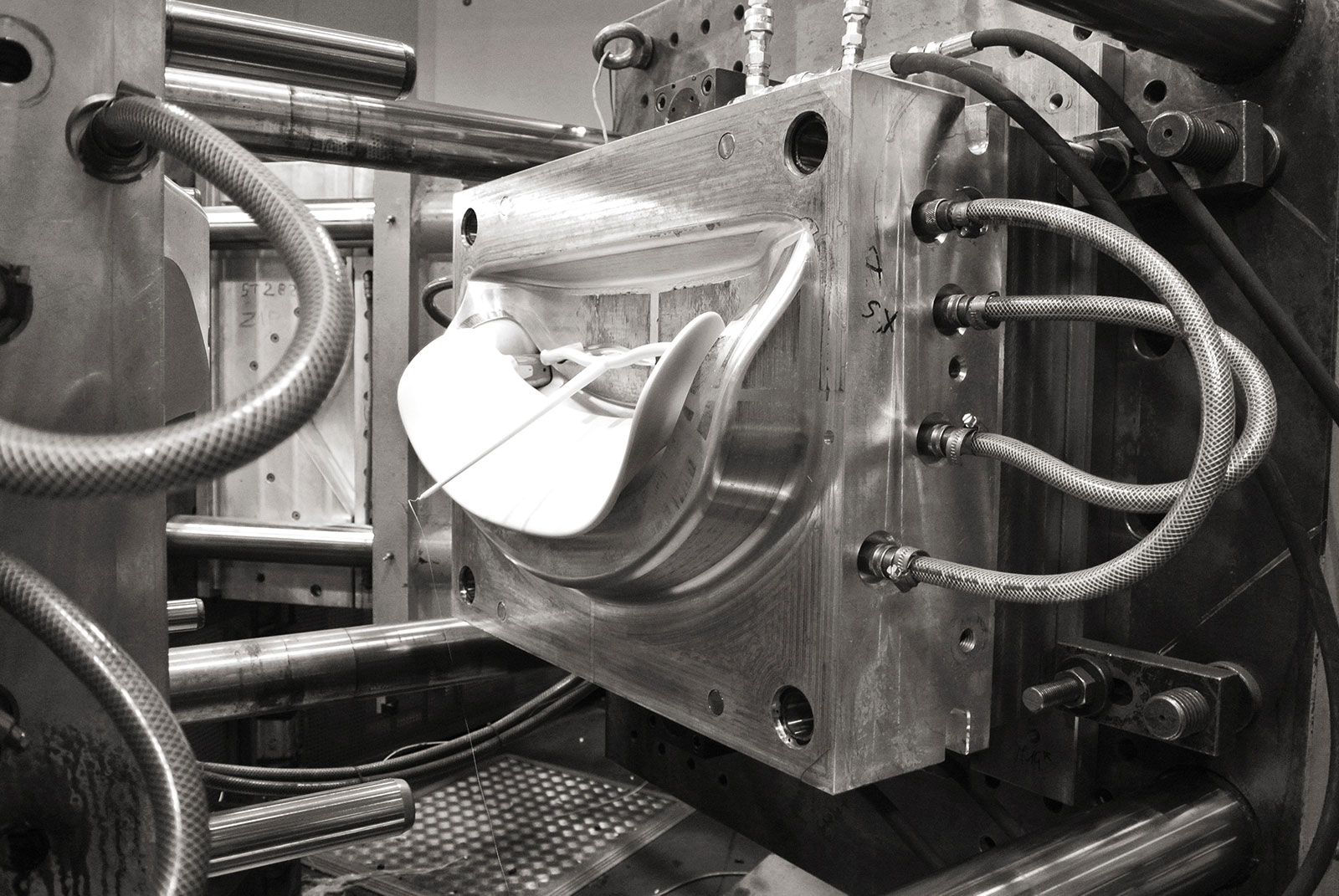 Recollecting his thoughts, the designer stepped inside the factory, where one of his chairs was just about to be produced. Across the room, a heavy machine was sizzling with steam as the foam and plastic was injected into the molding.

Simon walked over to get a closer look and picked up a backrest fresh from the mold. As he inspected the shell, turning it over to look at the curves from different angles, he couldn’t help but imagine what it looked like on the inside, and how the foam had expanded inside the plastic. 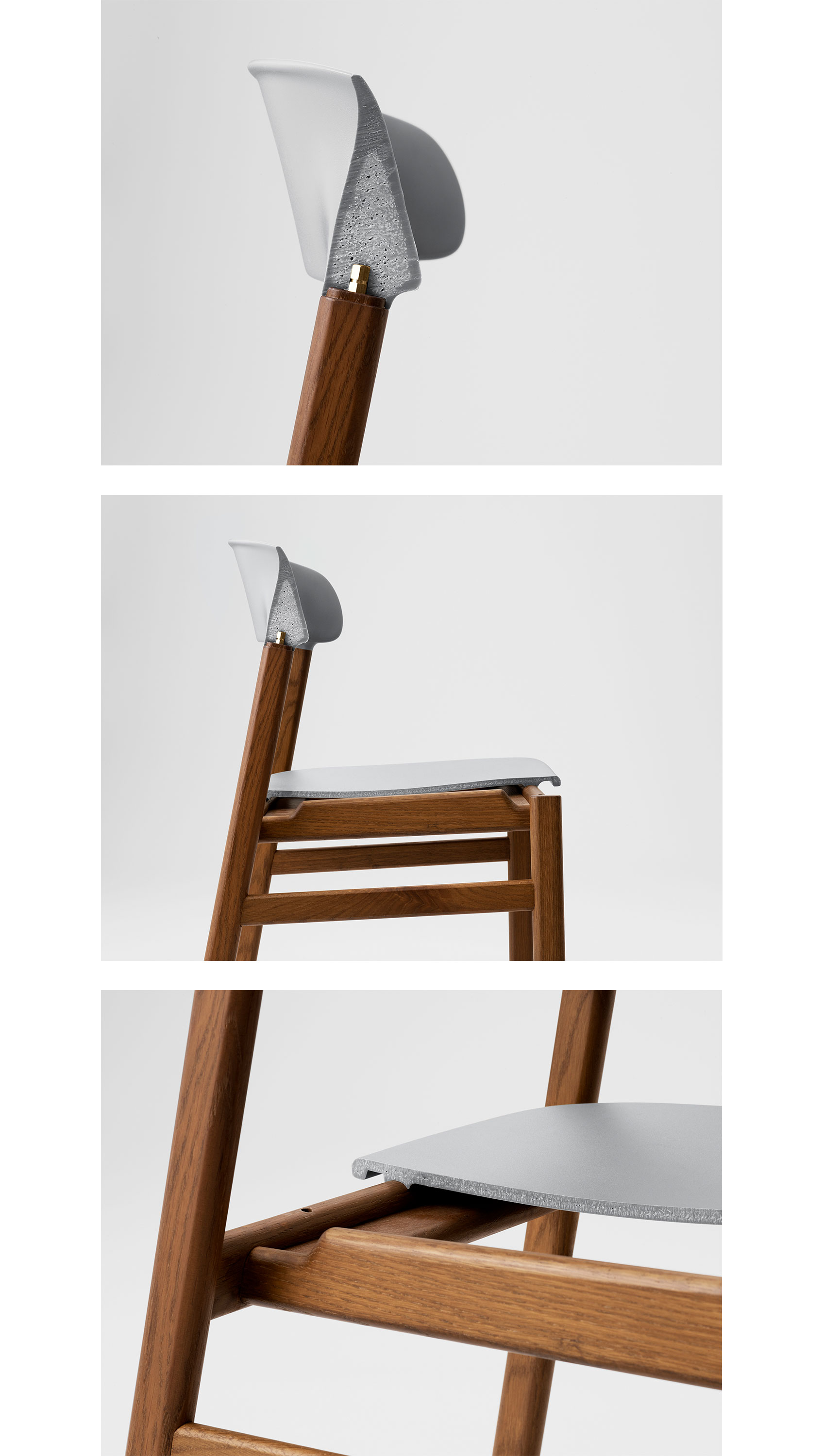 Simon followed the sound of the wood cutting machines to the other side of the factory, where the smell of freshly sawed wood filled the premises. Looking at the wood lined up for production, Simon thoughts again wandered back to when he was designing the chair.

Most chairs commonly have either a squared or a round leg profile—squared has most stability, while round looks visually lighter. He had made the choice to combine the best of both and gave the chair an oval leg profile, to maintain the strength of the square shape without losing the lighter expression. 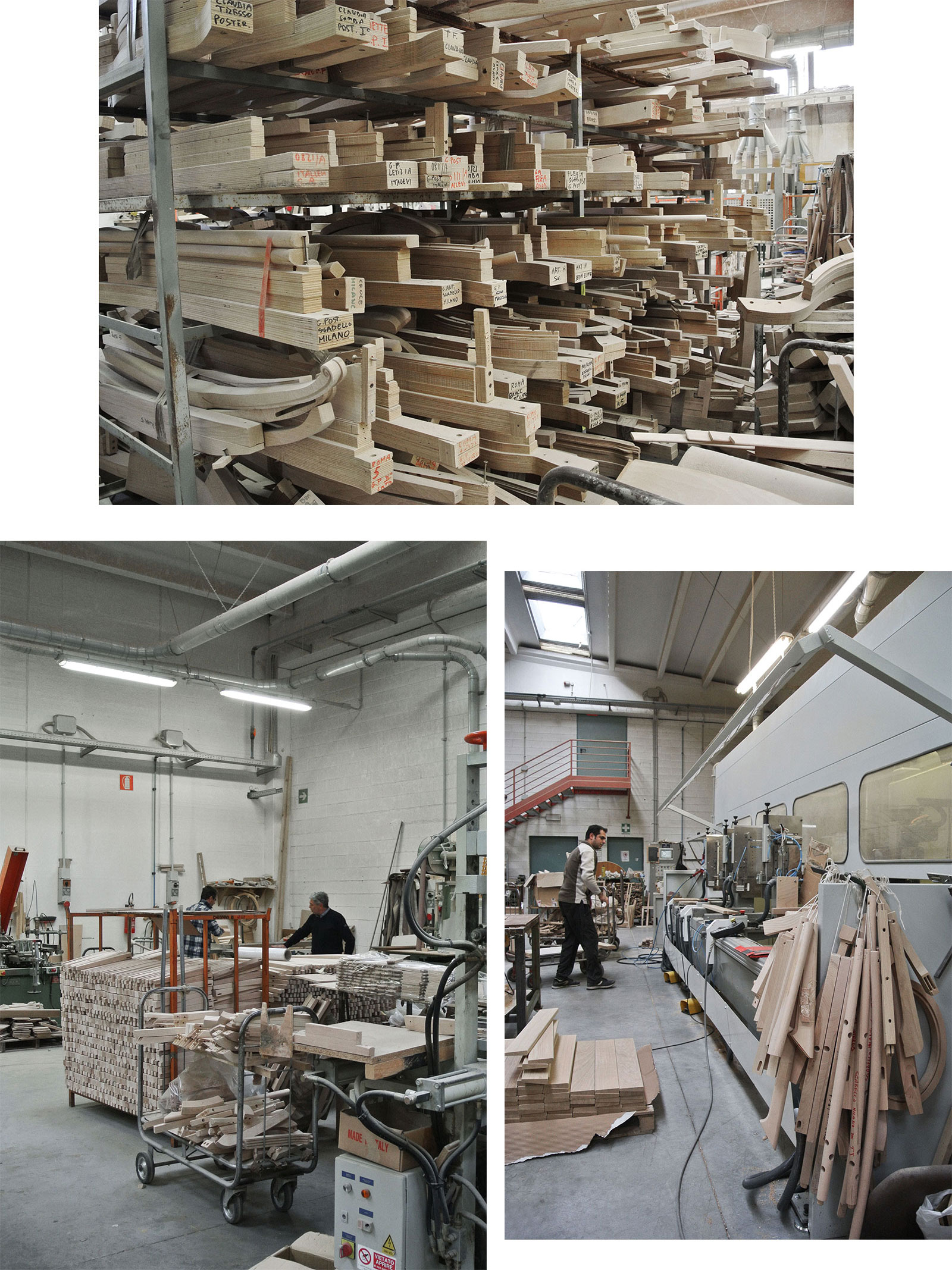 He looked at the finished chairs at the end of the production line and carefully inspected the newly produced chairs: How the shells softly transitioned into the wooden frame, and how the shape of the legs gave a changing expression—from elegant to robust—depending on where he stood. 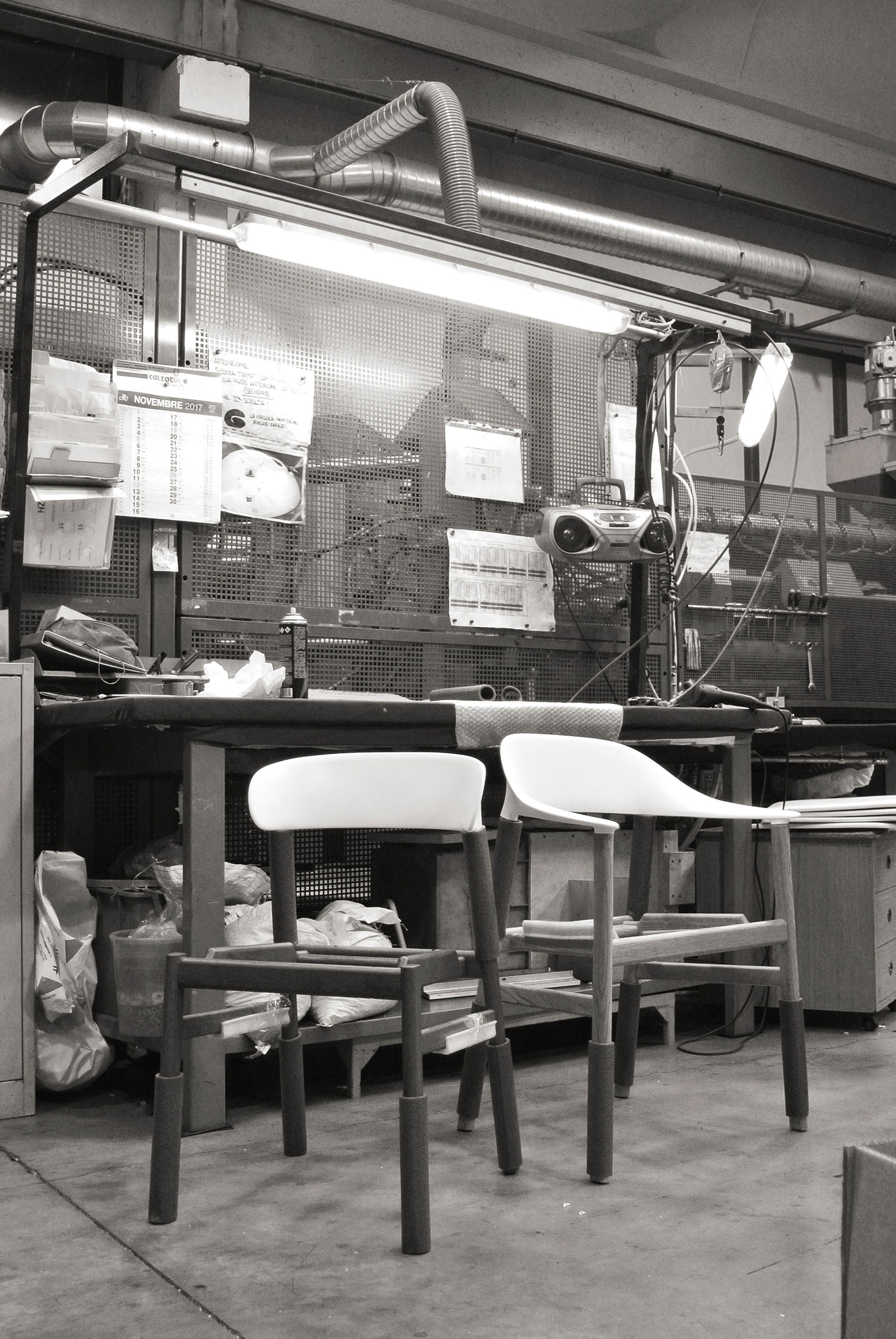 Italian music started playing from the radio on the wall, and Simon used the moment to get himself a cup of fresh espresso from the machine. He took a seat on one of the newly manufactured chairs and enjoyed a moment of pure Italian bliss.

Today, the bespoke chair carries the name Herit, short for heritage, and symbolic for the designers deep admiration for furniture craftsmanship and design traditions. 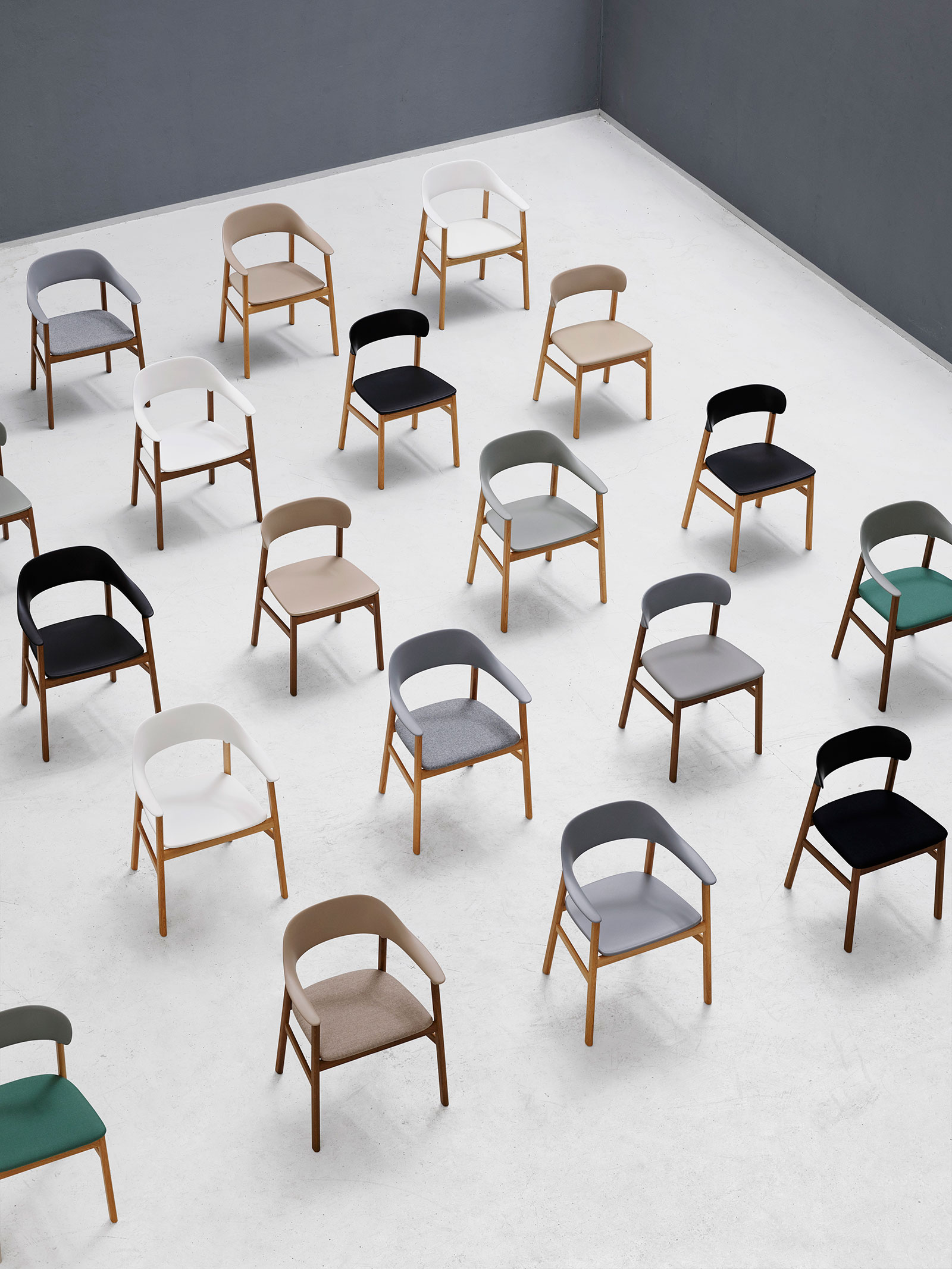 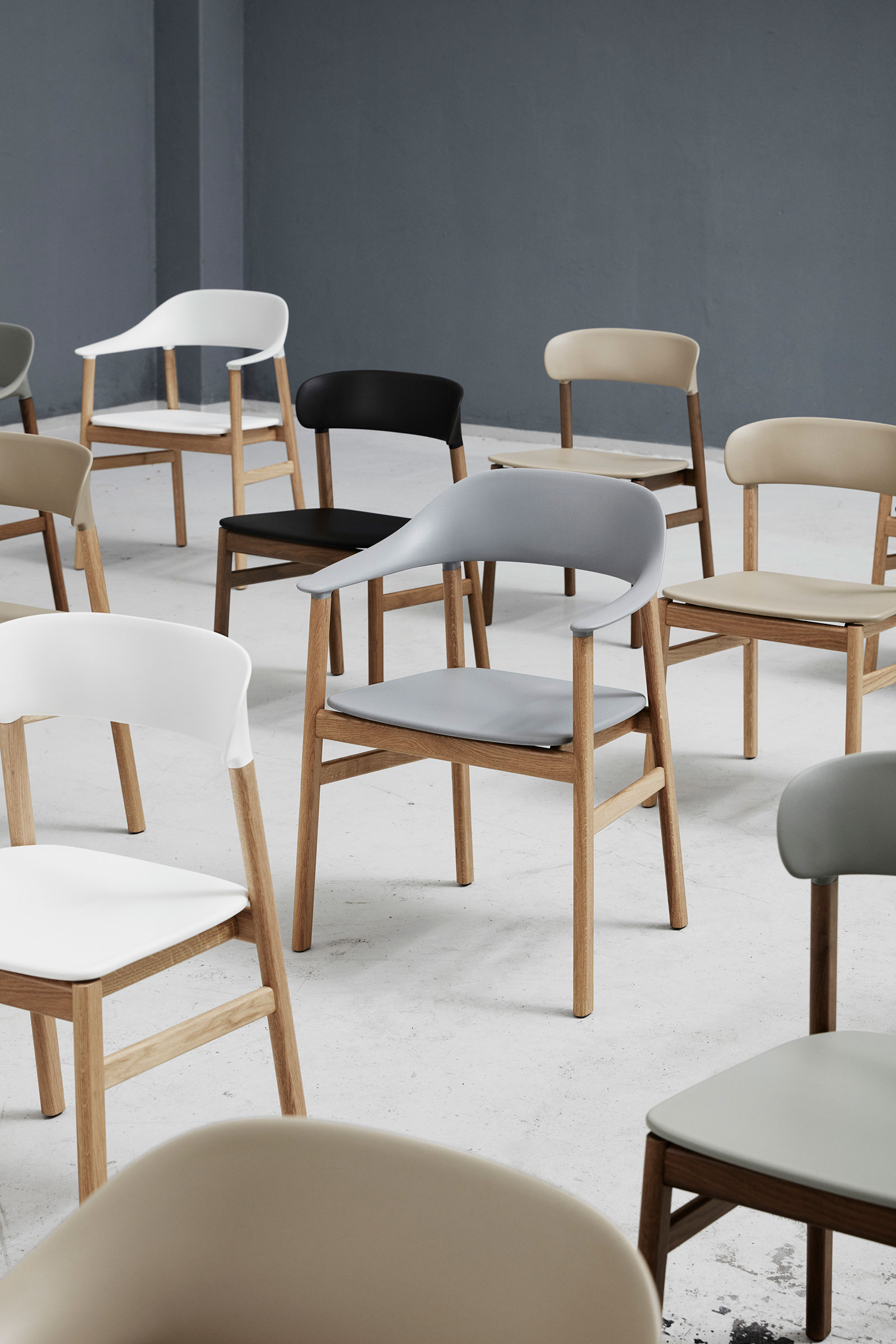