Eddy, the table lamp, is an art of proportion: an airy shade floats above a weighty, organic base, creating a design in balance and motion. Steel and marble make up the main elements, while golden shimmers of brass put the dot on the ‘i' on this atmospheric lamp.

The table lamp consists of a plane steel screen with integrated LED light source that balances on a lamp base made of hand turned Italian marble. The rotation process is emphasized by the proportion between a slim neck and a bulky body, which forms a simultaneously lively and dense silhouette.

Lampshade and base meet each other in a golden rotation point in the form of a glossy brass ball. The shade can be tipped around the ball to control the direction of the light. With its downward facing screen, Eddy not only illuminates its surroundings but also itself. Its light shines down on the marble, emphasizing the changing character of the material. The table lamp emits a soft light, which can be adjusted with the circular brass dimmer that forms a refined detail on the lampshade’s top. 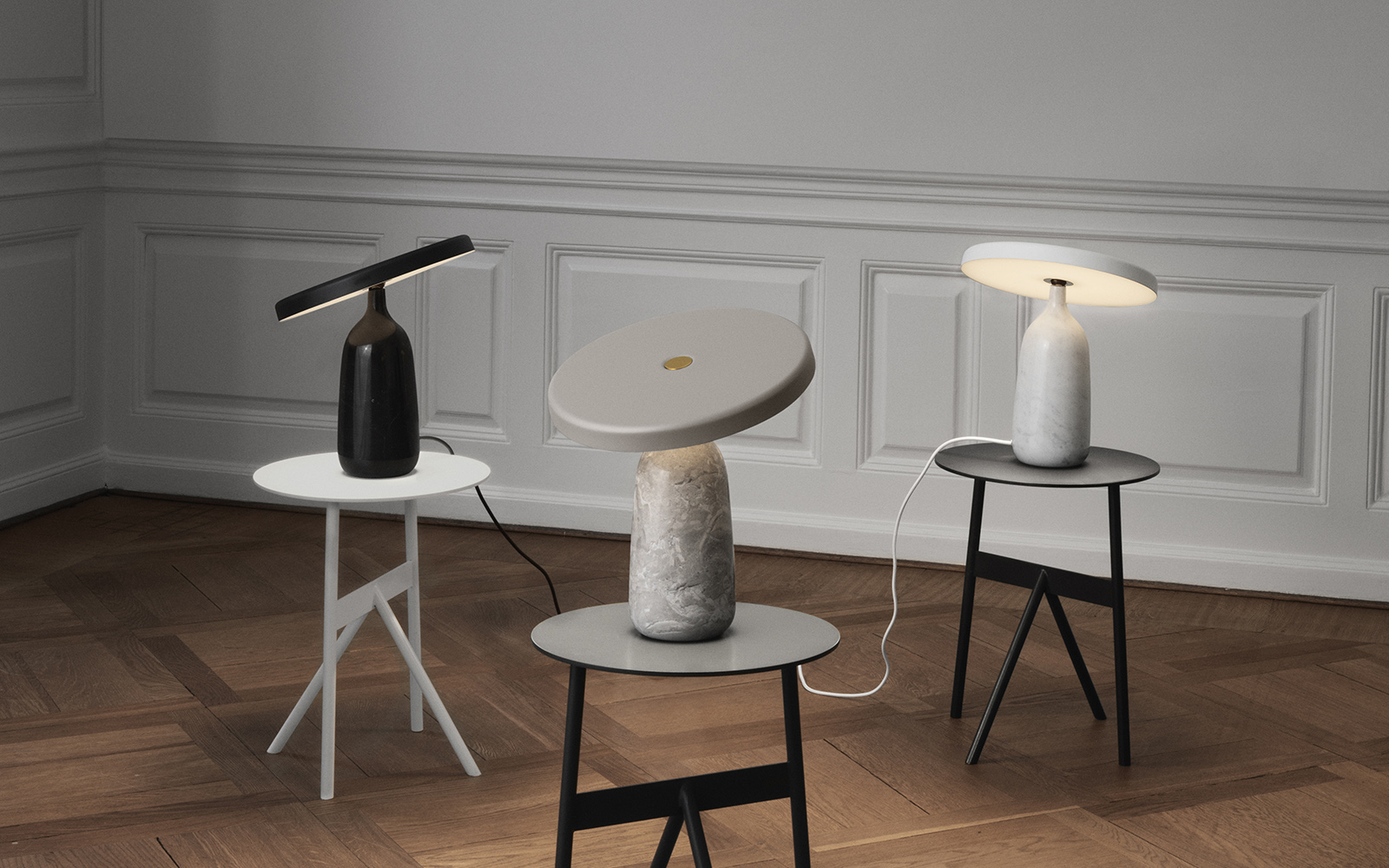 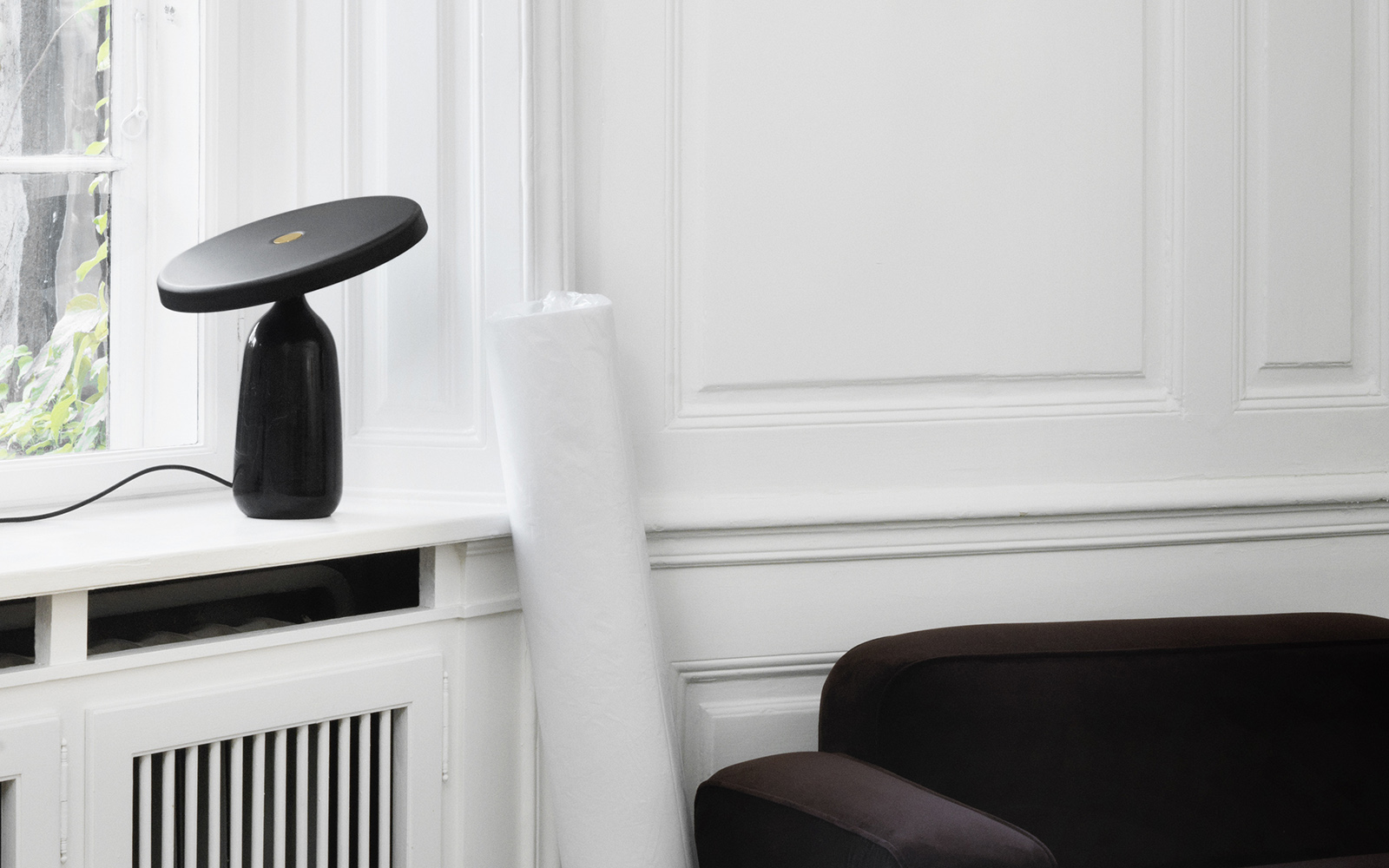 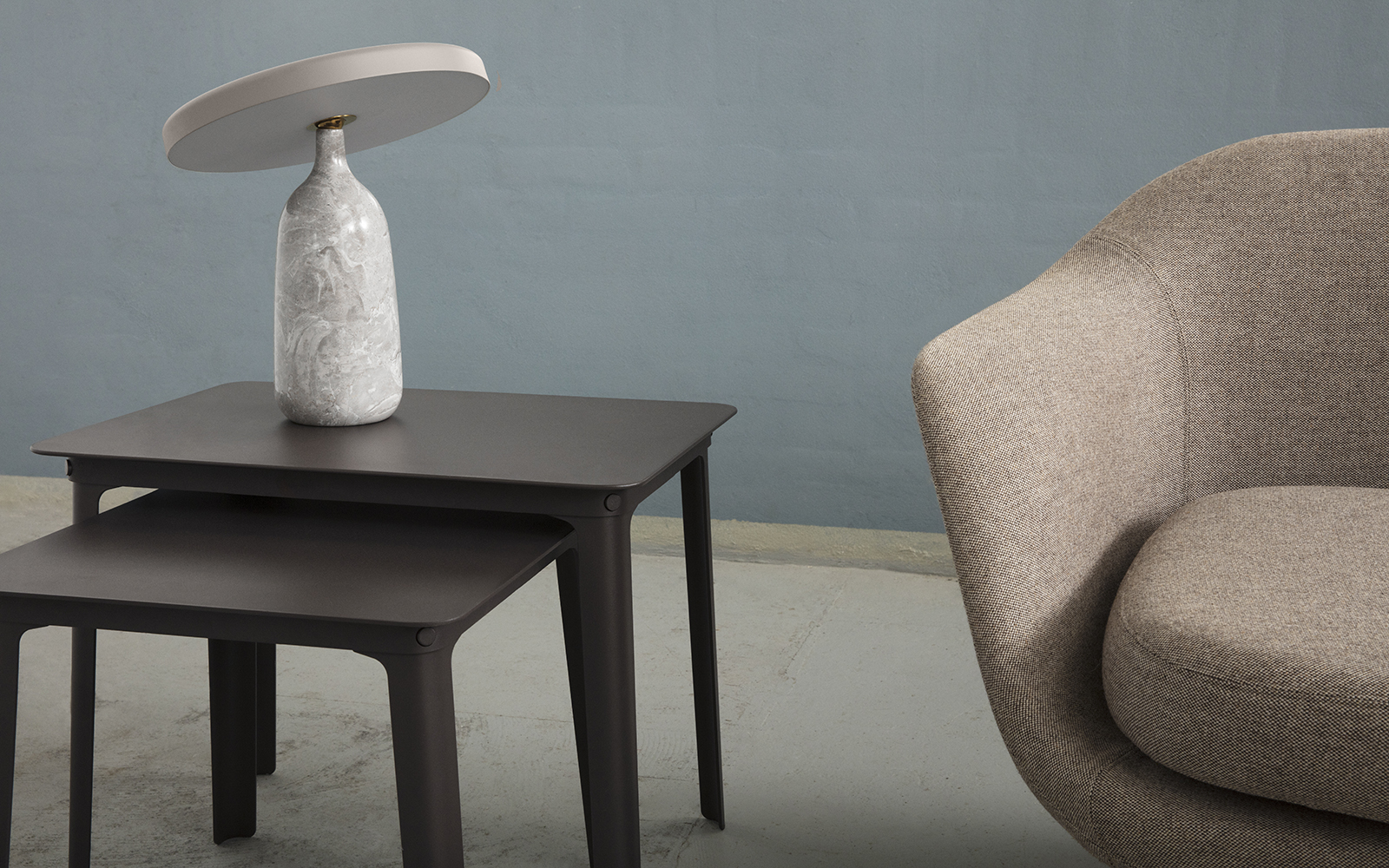 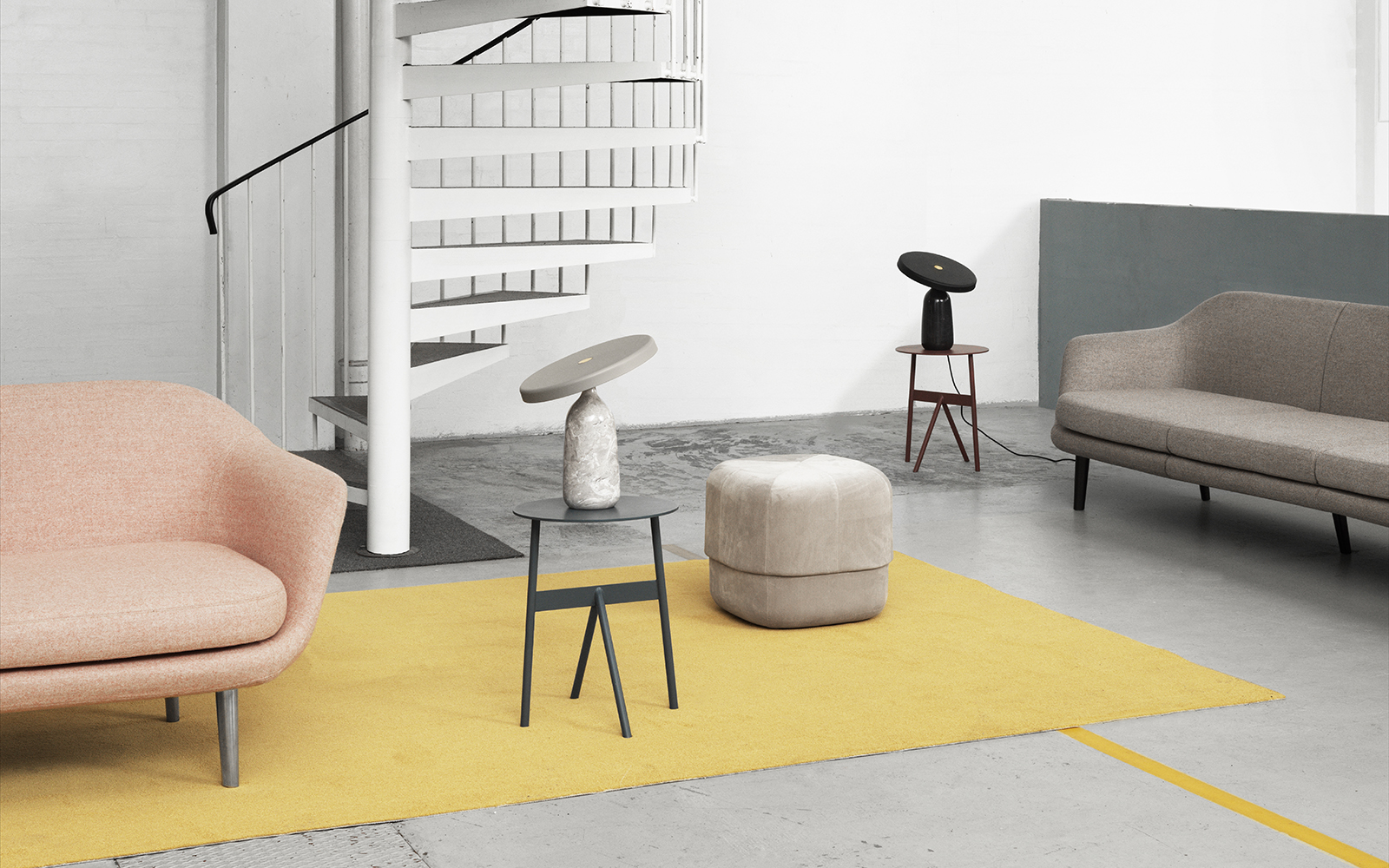 Simon Legald graduated from The Royal Danish Academy of Fine Arts in the summer of 2012. His work consists of both small- and large scale products. Simon's designs are often created in a dialogue between craftsmanship and industry. He also likes to incorporate the techniques that are necessary for the structure of a product into the design by highlighting them visually. "Honesty is what makes a product understandable and is what describes the products functionality. If you understand the product, it does not need any explanation. The essence of my design is for it to be bought and used. Therefore, it has to satisfy not only the functional aspects, but also the psychological and aesthetic needs. For me simplicity describes the true identity of objects and makes them trustworthy. In my design, I try not to add any unnecessary details. I work with simplicity by highlighting the necessities instead of hiding them. It gives the product a simple and honest expression."
Simon Legald